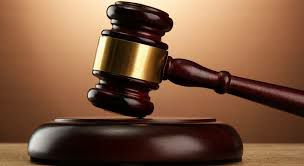 In some states, it’s a matter of well-settled law that jail and prison inmates, and those convicted of alcohol-related offenses, cannot be ordered to participate in A.A.’s 12-step program of recovery if they object on religious grounds.  Secular alternatives must be offered.

State and federal courts across the U.S.  have consistently found that the A.A. program is “inherently religious,” and that coercing anyone to participate in a 12-step program who professes to be an atheist or agnostic is a civil rights violation.

Don’t take our word for it.  Download and read this document from the U.S. Department of Justice.  Although it was written primarily to answer questions posed by recipients of federal funding, the document gives a good summary of where the law stands on this topic.  The Frequently Asked Questions section of this website also addresses some of the same issues.

Here is another document authored by an attorney who is an A.A. member.  In presenting his briefing on A.A. and the Law, attorney Gregg O. spoke to about 400 fellow atheist and agnostic members of A.A. at the second biennial We Agnostics, Atheists and Freethinkers International A.A. Convention in Austin, Texas in November 2016.  The organization responsible for that convention has since changed its name to the International Conference of Secular A.A. (ICSAA) in part because the term “secular” is becoming a legal term of art in cases involving court-ordered participation in A.A.

Currently, multiple A.A. meetings per week can be found in practically every city, village and rural township across Michigan and the U.S.  No secular program such as SMART Recovery, Moderation Management, or Rational Recovery, for example, can match A.A. in terms of availability.  Not only is A.A. ubiquitous, it is also free.

Michigan is the home of many outstanding Sobriety Courts, Recovery Courts and other Problem-Solving Court programs that are designed to help alcoholics and others recover from their addictions rather than languish in jail or prison.  Courts throughout Michigan routinely require those convicted of driving while intoxicated to attend A.A. meetings and provide proof of attendance as a condition of probation. Sobriety Courts require that participants attend A.A. meetings and demonstrate that they’re actively working A.A.’s 12-step program of recovery.

Anyone familiar with these court programs has probably observed that many of them are quite effective.  Judges, probation officers and other team members generally display a great deal of compassion for those suffering from addiction.   There is no question that various Problem-Solving Court programs are making a positive difference in the lives of many people in a way that is far more humane and cost effective than extended or repeated incarceration.

Rarely in Michigan do we hear about those who mount legal challenges over being ordered to go to A.A. meetings or participate in a 12-step program without being offered a secular alternative.  In some parts of our state, secular alternatives are not offered simply because there are so few of them.

It would cost a defendant quite a bit of money to hire an attorney capable of challenging the court over coerced participation in a program that courts have characterized as “religious” – money that many people addicted to alcohol and other substances just don’t have.  And if the challenge is litigated, the defendant runs the risk of spending more time in jail until the issue is resolved.   Generally, it’s far less painful for defendants simply to comply with court orders to attend A.A. despite any objection they may have on religious grounds.

But it’s only a matter of time before an atheist, an agnostic, or someone else who objects to the state imposing religious practices on them, files a successful challenge against Michigan for returning them to jail or prison instead of offering them a secular alternative.  Again, this has already happened in other states.  When it happens here, it could put some of our state’s Problem-Solving Court programs in jeopardy.

On the other hand, judges, attorneys, Problem Solving Court team members, and others with an interest in helping people recover from alcoholism, are entirely free to speak out publicly about the need for more secular A.A. meetings.  It would be especially helpful if those associated with court programs let the A.A. members and groups with whom they routinely collaborate know about this need, and help spread the word about secular A.A.

Newly-formed or long-established secular A.A. groups in Michigan and elsewhere might consider using some of the information contained here to establish a “Judicial Outreach” effort to let their own local courts know about the secular A.A. alternatives available to them.

Most importantly, it’s up to every A.A. group, secular or otherwise, “to carry its message to the alcoholic who still suffers,” in keeping with A.A. tradition.